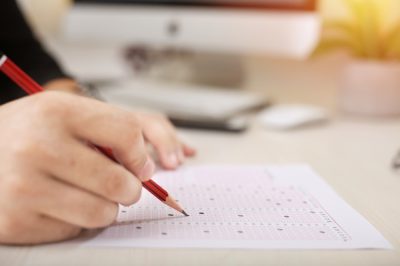 Do you know why young Ashwathama, despite being a keen learner and son of Dronacharya himself, was not considered the best student by his father? Ashwathama too did not, and thus one day asked his father the same. That day, Dronacharya, during the tutelage, arranged for an exercise where all students were told that a dummy bird placed on a tree was their target. Each student was asked to aim at the bird with his bow and arrow, and while the student was ready to shoot, Dronacharya asked the student what he could see.

A lot of you have been taking AIRCATs (Mock CATs), which are well-designed to prepare you for all eventualities on D day, and I hope that you continue to do so systematically for next couple of months. However, I have observed that while taking these tests, some of you get distracted at the slightest movement or noise, sometimes by something as mundane and frequent as opening of a door, dropping of a pen or displacement of a nearby chair.

Though my observation is limited to the test lab at MBAGuru Rajouri Garden Center, Delhi, my guess is that the same would be true for many of us. As someone who has taken CAT seven times, I can assure you that such disturbances are very much a part of the actual CAT experience as well, where people move around to invigilate, students leave the test lab to make a hurried visit to washroom and test takers put their queries to the nearby personnel, sometimes not so quietly. In one bizarre incident a few years back, a girl sitting next to me started crying during the test!! Did I mention that she was very pretty too!!!

If you continue getting swayed by every movement that takes place around you and every sound that falls on your ears, you would not just waste your precious time, but also lose concentration each time your mind wanders to any of it. The only way to overcome such physical (and even mental) distractions is to be totally immersed in your computer screen with an unbreakable focus and be mindful of only what is there on that screen, as if the rest of the world around you doesn’t exist. Nothing that happens in the test room should be able to shatter that adamantium wall of that unyielding focus. Make it the way you revise and study 10 minutes before you enter the examination hall, when all the chaos around seems to disappear!

That is the kind of concentration that you must aspire for. It will not come in a day or even a week, but your conscious effort in pursuing it will get you closer each time, and by the time it is November the 29th, you will be an Arjun with his eyes fixed just on the bird’s eye! You can rest assured that in case fire breaks out in the building, your concentration would by itself get disturbed by the ensuing pandemonium. But anything less should not catch your attention

The writer in me somehow gets a massive erection if I am awake beyond midnight, and though on most nights what I write has nothing to do with pedagogy, somehow the observation I made today propelled me to write the above. All the best for the road ahead!

The author, Lokesh Sharma, is a serial 99%iler in the VARC Section of the CAT and a mentor at MBAGuru. The Legend of Logic (and the source of many a LoL in his sessions) is a master of CR and one of the most practical English mentors you could ever hope to learn from. Given his ability and experience, being anything under overconfident would infact be being under-confident.