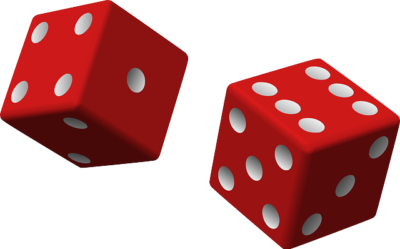 (Strange topic this – because chance and luck can be used interchangeably in many, probably most, cases.)

Be it in sports, in the financial markets, or when it comes to how to prepare for CAT, some things are common and common sensical. If you want to increase your probability of success in any of these areas, you need your share of luck. When we think of luck, we generally consider it as a purely extraneous factor. But here’s something for you to ponder over.

When you stay on course for a longer period of time, you give your luck a greater chance to come into play. This factor is seen at play in most against-the-odds wins, in sports, and in life.

In 2 of the most remarkable wins ever in Cricket, in 2 different formats, in the single calendar year of 2019, Ben Stokes just kept hanging in there even when all seemed lost. He just kept himself in the game – ball after ball, over after over, hour after hour. Probability-wise and precedence-wise, these were lost battles. He was trying to pull off something that had never happened earlier. The baggage of history was too huge, if only he chose to carry it. But he went on to defy history, or as we might now say, create history.

And the decisive factor in both cases turned out to be luck – but that luck wouldn’t have come into play had he not stuck around. He gave himself the chance to have that luck. He hung in there long enough to get lucky. He could still have failed at the end – but he didn’t accept failure earlier than the end.

You can even think of the last 2 test matches in the India-Australia test series in 2021, where India were all but knocked out. But they gathered that resolve, drew a test in a manner that almost felt like a win, and then won after a pretty improbable chase in the final test, at a ground where Australia hadn’t lost in several decades.

This is also true in financial markets, where the most successful investors say it is not about timing the market, but more about time in the market. If you stay the course and do the right things, you are that much more likely to succeed. It is tough to carry on when the markets are crashing but that’s when you double down.

If you are stubborn enough to keep going when nothing seems to go right, you give your luck a chance to come into play and make impossible things happen.

So, hang around, stick around, keep going with your online cat classes at your CAT coaching institute, keep giving yourself a chance at more luck!