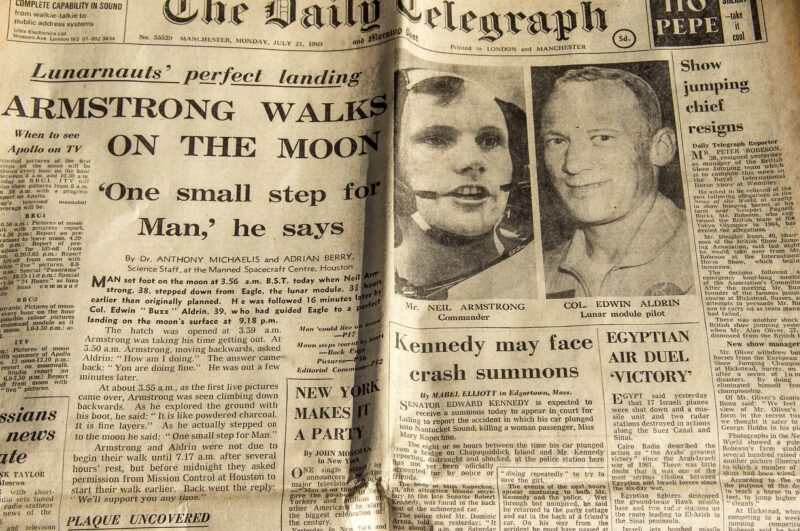 I stumbled upon an article on a blog (on codersrevolution.com) and apparently there are several YouTube videos about it. But, even for something so well known, it had a shocking revelation.

How many times do you need to fold a normal paper, which is about 0.1 mm thick, so that it reaches the moon? So when you fold it once, it becomes 0.2 mm thick. One more fold, and it will be a 0.4 mm thick and so on.

Given that the moon is around 4 lakh kilometers from the earth, it would seem that an extremely high number of folds would be needed – at least a few 100, if not 1000s.

The answer may shock you as well. All it would take for a 0.1 mm paper to reach the moon is 42 folds. Incredible! Isn’t it? One can cover the distance to the moon by folding a 0.1 mm paper a mere 42 times. (It is another matter that folding a paper beyond 8 times or so is incredibly difficult).

Our brains aren’t trained to see the impact beyond the first few folds. This is stunning, yet true. We generally think linearly and not exponentially. We ignore how efforts, when sustained, can have a multiplicative (or compounding) impact. And this is true not just about distance between earth and moon, or the amount of wealth you intend to accumulate and the concept of compounding (which I believe Lokesh sir delves into in his intro sessions) – it is true about efforts and results too. The number of times we give up after 20 or 30 folds worth of effort is astonishing. If only we can carry compounding our efforts till the 42nd fold! If we only we didn’t quit before the last 6 folds that cover 99% of the distance! Even the moon would be within the grasp of our efforts.

That is as true for your CAT preparation as for anything else you set your mind upon.