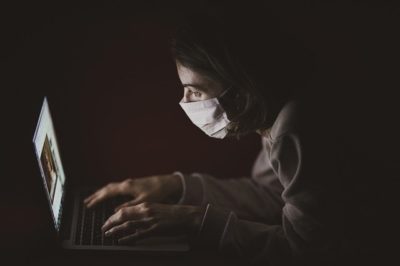 What I write here has little to do with my data analysis skills at CAT; it certainly has more to do with basic data interpretation and some common sense (which can often get fogged with emotions).

When the lockdown happened, the kind of media hype that was there across the globe, perhaps due to lack of data, it did appear to be an appropriate response. We (humankind) didn’t know what it was about so prepared for a worst case scenario. Plus we needed to ramp up our healthcare systems, so lockdown was likely to help us buy some time.

But within the first week or so, data wise it seemed to be an overreaction across the board. Driven either by fear (an emotion that easily takes control of humans) or some vested interests (no clue who could that be but time may possibly reveal) and then catalysed by academic experts and WHOever else, who painted a wipeout kind of a scenario, governments across the world seemed to have no choice; political costs and peer pressure aligned too.

Any data to the contrary is either not paid attention to or is explained away as an exception (even today). Youtube videos are taken down with alarming speed Nations such as Taiwan and Sweden are wiped away as exceptions.

But that’s emotion (whether genuine or engineered). Now, what does the data in India say?

Why would you think that the untested population not have a similar spread (or maybe just a tad lower)? Especially when a huge percentage of positive cases now are asymptomatic/pre-symptomatic (showing no symptoms).

Chances are we have anywhere between 5-8 crore (5% of 130 crores is 6.5 crores) already positive cases that are largely asymptomatic or getting fine by themselves and are spreading it.

But let’s assume it to be a far far lower 1 crore (that’s assuming a less than 1% prevalence when the data indicates 6%).

Chances are it is 5-10 times lower than that (0.018% and even 0.009% perhaps) as positive cases are likely to be far higher (infact, you should be worried if they aren’t because whenever things reopen, it would spread again in those who haven’t had it). And then when you look at if the deaths were because of it or with it, the fatality rate goes down even further.

And no one’s even talking about far deadlier diseases, and the collateral damages in terms of lives alone, forget economics for a moment.

Emotions and data rarely converge. But in this case, they seem to be two opposite end points here.

We don’t control the lockdown or other measures. That’s the governments’ prerogative and responsibility, and let’s trust them to do the right thing.

But we should not allow things to be what they are not, at least in our minds. That’s our prerogative and responsibility and staying sensible is the right thing for us to do.

About the author: Deekshant has sleep-walked through several 100 and 99.9 %iles in practically every section of the CAT. That he is a cricket fan and he writes okay is evident from most of his posts. 1000s of our students swear that he can motivate almost anyone to double his/her percentile through very simple yet powerful inputs. And that’s why every MBAGuru student has direct access to him via mail and Telegram. Oddly, he somehow also finds the time to write songs professionally. And yes … almost missed this … he is an alumnus of IIT Delhi & IIM Cal 🙂