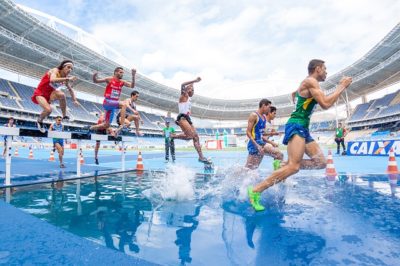 Pause your CAT Coaching or self-prep for a moment and consider this. Even before you began your CAT prep, you would have known (or been told) that CAT is a very competitive exam.

From newspapers to online videos, most things you would have come across so far would have only strengthened that idea in your head. Even by yourself, you know the basic numbers – over 2 lakh aspirants will appear for the CAT along with you. But who will YOU be competing with? Who will be your most challenging competitor?

Where it all begins

When I see a young parent worrying about her kid – “He is behind the kids his age”, I actually smile. Having been to some parent-teachers meetings to my kids’ school, I have been quite amused by how even the parents are competing while getting their kids to compete.

So much of our energy throughout our lives is directed towards competing and seeking some status or recognition after winning each competition. This race begins so early in our lives, and very few of us really manage to get out of it.

So, where am I going with this?

The real issue with competition

In this race, the focus is on doing better than others, and not on getting better. It also generally means doing the same things as others for most part. And that is the surest way of losing (yourself too :). What works well for others is unlikely to work well for you.

The more important question invariably is whether YOU are improving and getting better than you were yesterday. Is your CAT Coaching or CAT Preparation helping you do that?

If it is, well, that’s your best chance indeed. Else you are just worrying about things you can’t change – that’s just a lot of noise, but no real action. Changing your mindset could change your future.