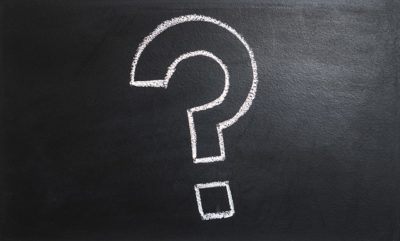 2 Sundays, 2 big matches, and 2 disappointing performances. If you are an Indian cricket fan, you would be heartbroken right now. Your reactions could range from trying to justify the team’s poor show with some logic to exercising the choicest of vocabulary on the team. Wherever you lie on this spectrum, there are some positives you can take heart from. There are some lessons that are too pertinent not to see them in the context of your CAT preparation.

What are these relevant takeaways that could help you take your preparation for CAT to the next level?

Well, of course, the strong chances that you will now have fewer matches to watch means more time at hand to prepare for the CAT 🙂 But that’s really not the most meaningful takeaway from the T20 WC campaign that has now seen India’s chances of making it to the semis drop to near zero. Of course, there is that infinitesimal probability, requiring a divine intervention, that could still see us progressing to the semis. But believing in that could just mean more severe heartbreak a little later.

Here’s what you can underline as lessons for your CAT entrance exam preparation:

1. Too many cooks spoil the broth:

This is one thing I was concerned about when MS Dhoni was announced as the mentor for the Indian cricket team. The team already had a head coach, in addition to an army of other coaches for batting, bowling, fielding. It had a thinktank comprising of an immensely experienced captain and vice-captain. And now you also added a super-impressive mentor to the mix. While each of them would have the best of intent, and wanted the team to succeed, their experiences, personalities, approaches are likely to have been very different and conflicting. In a game that Sehwag (another expert one might say) feels is as simple as “see ball, hit ball”, so much of strategy and advice from so many people can only make things foggy, and not clearer.

Takeaway: Keep your CAT preparation strategy simple. Do not try and imbibe every expert advice you come across (including these from yours truly).

Don’t fix what ain’t broken, just because it failed one time. That’s what India tried to do with their opening combination – far too often in the recent past. At one time Kohli himself wanted to open, then it was KL and Rohit and then it was Ishan and KL. If you chop and change too much, you have a shaky core.

Takeaway: Advice from too many people for your CAT preparation strategy will do more harm than good. Once the core is in place, you can keep working on your weaknesses, but you have to do so without disrupting your strengths.

Success in most big things in life (and smaller ones like world cup matches and exams such as the CAT) depends more on your ability to handle pressure, stay calm, and do the basics right than on how talented you are! I cannot stress this enough. More people succeed or fail because of how they approach things mentally in crunch situations, and not because of how talented (or non-talented) they are.

Takeaway: Staying calm during the exam is something you must ensure.

Takeaway: Those who believe, and are brave armed in that belief, will see luck favouring them more often than not. That’s what you need to arm yourself with to succeed at CAT, and in life.

5. Take lessons from the past, but look ahead

India can’t go back in time and change what happened against Pakistan and New Zealand. If it looks back and carries all the baggage, it may slip even further. On the other hand, it can just take the lessons from the past and play devoid of fear and expectation, it may bring into play some miraculous set of circumstances. Even if that does not happen, it will have proved that it is a team better than what the first 2 matches reflected.

Takeaway: The same goes for your CAT prep at any time. You can’t change what has happened in the past, but you give yourself the best chance by taking the lessons from the past, and giving your best in the future!