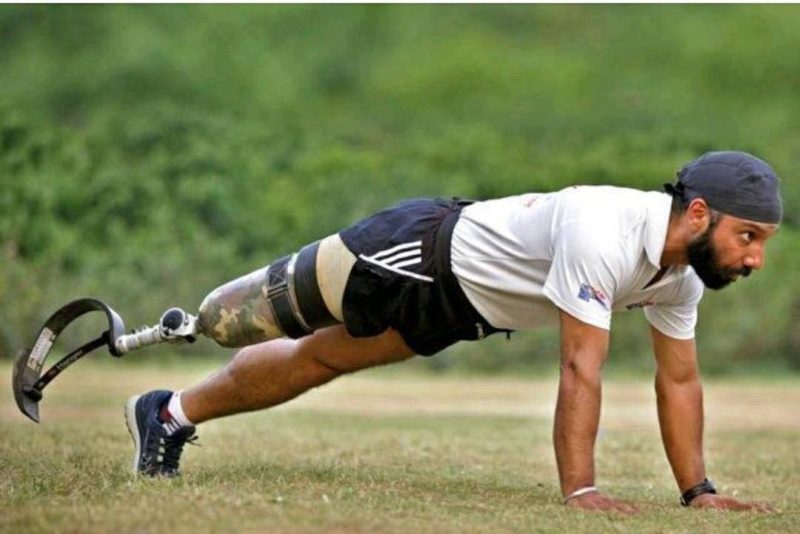 Yesterday evening I was at my cousin brother’s place. As an outstanding officer of the Indian Army he has been decorated with the Vir Chakra for his bravery during the Kargil war (You can watch one of his talks at here). He is about 4 months younger to me. My real brother, who is a little elder to me, is a Sena Medal winner (another gallantry award in the armed forces).

So, naturally, I struggle to suppress my amusement when people call my choice of not opting for placements at IIM Cal a brave one – because I know real bravery from up close. And surrounded by real heroes, I don’t get easily impressed by much else.

But then my cousin told me about Major D. P. Singh, India’s First Blade Runner, who is a good friend of his and a batch-mate from NDA. I had goosebumps while listening to his story. He was the target of a Pakistani mortar bomb during Kargil, doctors thought him to be dead, he lost a leg but miraculously survived, and has run over 25 half-marathons apart from winning a battle every day since his re-birth, as he calls it.

You too can lose your fear of CAT, or pretty much anything else that life throws at you, if you can just find the time to buy (and of course read) it from http://bit.ly/DPSGrit. The book, Grit-The Major Story, is printed in a comic-book style with illustrations. So, I am certainly getting one for my kids.

If many of you are keen and want more inspiration, we can try and co-ordinate a bulk purchase and I can get your copy autographed too. You can just drop me a message on Telegram from the link at the bottom.

We are also looking to add copies of this book to our center libraries soon.

The one thing I (re)learned through this epic story is that the things we worry about all the time aren’t worth worrying about. What we need to focus upon is what we can do with what we have, at any moment in time. And that the spirit can beat the odds, however insurmountable they may seem to be. That is an invaluable lesson even for your CAT preparation and the challenges you face along the way.