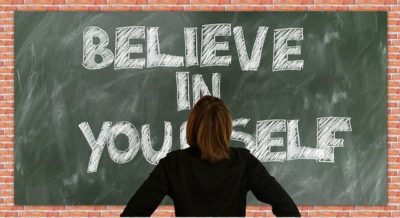 A lesson for your CAT preparation from some of the best batsmen in Indian Cricket.

1989: Tendulkar went in to play against a formidable (and dominant) Pakistan pace bowling attack as a 16-year old. He was touted as the next big thing after Sunil Gavaskar. But he, and many others, had significant doubts about his ability to play at that level after his first innings. He wasn’t sure of whether he belonged there (just imagine that against what he went on to achieve after that).

On that tour, he was struck by a bouncer on his nose, bled on the ground, continued to play and went on to make runs not just there in that match but in 100s of matches wherein he made more than 100 international 100s. He was able to summon that self-belief when he needed it most – he was the same player technically, with or without that belief. But he never would have been the same player overall, without that. He didn’t quit when he was hurt.

Kohli was touted as the next big thing after leading the Indian Under-19 Cricket Team to a World Cup win. But his first IPL season was a series of failures – some 165 runs from 13 matches. The chubby, seemingly arrogant lad brought into play all the self-belief to become one of the best ever over the next decade. He didn’t quit when he failed big.

Rishabh Pant has been one of the most talked about players in recent times. The exciting youngster has won many-a-match for his IPL team Delhi, and played some exceptional innings for TeamIndia as well. As a contender to succeed Dhoni, the pressure and scrutiny he faces is immense. And every single “failure” pegs him back – in the minds of spectators, maybe even the selectors. But none of that matters as long as he is not falling back – in his OWN mind.

That is true not just on the cricket field, but in life – be it the CAT or the IIM interviews. We wouldn’t be the best CAT coaching, if it weren’t for how our students are geared up to handle the challenges that CAT preparation throws at them.

How you move past your struggle, how you believe in yourself, how you script your story, and whether you change the level (in your own mind) when challenged – that’s what counts the most! In CAT preparation, in cricket, and in life.

About the author: Deekshant has sleep-walked through several 100 and 99.9 %iles in practically every section of the CAT. That he is a cricket fan and he writes okay is evident from most of his posts. 1000s of our students swear that he can motivate almost anyone to double his/her percentile through very simple yet powerful inputs. And that’s why every MBAGuru student has direct access to him via mail and Telegram. Oddly, he somehow also finds the time to write songs professionally. And yes … almost missed this … he is an alumnus of IIT Delhi & IIM Cal 🙂